According to Dr Adrienne CSIZMADY a small Science Café took place in Budapest (Hungary) with a lively discussion connected to a film (In Transition – Transition towns ) that was shown at the meeting. After it the participants had a debate with the coordination of Zoltán Ferencz and László Antal Z. (http://www.klimabarat.hu) about Environmental Citizenship and transition movement.

Transition is a movement that has been growing since 2005.  It is about communities stepping up to address the big challenges they face by starting local.  By coming together, they are able to crowd-source solutions. They seek to nurture a caring culture, one focused on supporting each other, both as groups or as wider communities. In practice, they are reclaiming the economy, sparking entrepreneurship, reimagining work, reskilling themselves and weaving webs of connection and support.  It’s an approach that has spread now to over 50 countries, in thousands of groups: in towns, villages, cities, Universities, schools.  One of the key ways it spreads is through telling inspiring stories, and that’s what we aim to do on this website.  We really hope you feel inspired to take part, we’d be honoured if you did. 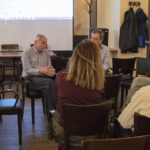 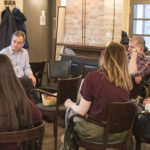 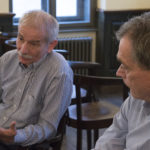 Go to Top
We use cookies to analyse our traffic. We also share info about your use of our site with our social media, advertisements and analytics partners who may combine it with other info you’ve provided to them or they’ve collected from your use of their services.Accept Read More
Privacy & Cookies Policy

This website uses cookies to improve your experience while you navigate through the website. Out of these, the cookies that are categorized as necessary are stored on your browser as they are essential for the working of basic functionalities of the website. We also use third-party cookies that help us analyze and understand how you use this website. These cookies will be stored in your browser only with your consent. You also have the option to opt-out of these cookies. But opting out of some of these cookies may affect your browsing experience.
Necessary Always Enabled
Necessary cookies are absolutely essential for the website to function properly. This category only includes cookies that ensures basic functionalities and security features of the website. These cookies do not store any personal information.
Non-necessary
Any cookies that may not be particularly necessary for the website to function and is used specifically to collect user personal data via analytics, ads, other embedded contents are termed as non-necessary cookies. It is mandatory to procure user consent prior to running these cookies on your website.
SAVE & ACCEPT
Posting....